Now that summer is in the rearview mirror, and we’ve traded our lawn mowers for leaf rakes and snow shovels, do you ever wonder what happens to trees and perennial plants in the winter? If you have, you’re not alone (hence the creation of this blog post), and we’re going to talk about the hibernation period that plants and trees endure over the cold months.

Plant hibernation is an interesting thing. While it may seem like your plants, trees, and shrubs shrink back and die beginning in the fall, there’s actually a lot going on underground.

WHAT IS A PERENNIAL?

All plant species are different, an obvious understatement. Perennial plants are equipped to withstand winter and bloom for at least three years after it is first planted, unlike annuals that only survive one life cycle/season then die.

When germinated, perennials grow a strong root system underground that makes them able to withstand frost, freezing temperatures, and snow cover. The survival of the perennial is, of course, dependent on how severe your most recent winter was, but if you really want to protect a certain plant during the winter, a safe bet is always to dig it up and keep it indoors.

All plants also have unique needs like what temperature and soil type they grow best in and the amount of sunlight and water they require. A plant’s ability to tolerate the climate you have placed it in is the top way to ensure that your plant thrives; you can water and care for it all you’d like, but if it wasn’t made for your environment, it won’t be able to bloom to its fullest potential.

So, to ensure that it does, make sure that you’re familiar with your region’s climate zone. Because not all plants can survive in just any climate, different hardiness and heat zones present in the United States have been identified so that gardeners could better understand their specific environment and match it with plants that are sure to thrive well under those conditions. A plant’s hardiness indicates how well it can survive cold temperatures. Websites like gardenia.net can help you find your home’s specific hardiness zone based on the zip code you live in. The lower the hardiness zone number, the more likely it is that your region receives frost in the winter.

According to Perennial Resource, some of the most popular perennials available for purchase include Daylilies, Hosta, Hibiscus, Catnip (also called Catmint), Salvia, Dianthus, Sedum, False Indigo, Hydrangeas, Shasta Daisy, Coneflower, and a variety of ornamental grasses. Trees and shrubs also fall under the category of perennials as they lose their flowers (ie. leaves) upon the first freeze of the fall/winter and regress to just branches.

And speaking of trees, you might be familiar with the term ‘deciduous’. Deciduous trees bear leaves begin to fall come autumn. In contrast, coniferous also known as ‘evergreen’ trees keep their foliage all year round, like pine trees. Most evergreen trees have spiky pines as opposed to leaves, and some pines are bound to drop, but most of the shape of the tree will remain.

Plants are genetically intuned to their surroundings including temperature changes, the length of daylight present, and the number of nutrients they are exposed to. According to researchers at the University of Washington, a plant’s circadian clock, the “internal time-keeping mechanism”, keeps “plants from flowering when it’s a poor time to reproduce, such as the dead of winter when days are short and nights are long” and tells them when its a good time to start producing again like in the brights days of spring and summer.

IN THE SPRING AND SUMMER

In the summer, your plants receive ample sunlight and water that they need to survive and not dry out in the hot sun. With these ingredients, the plants in your backyard make food for themselves to grow. But, they don’t use all of the food and energy that they create; they store some of it for when they need it come winter.

To understand how plants grow in the spring, let’s take a trip back to our middle school science classes and discuss, none other than, photosynthesis. Photosynthesis is a process by which plants absorb sunlight (light energy) and converts it into food (chemical energy).

When grown outside, plants are exposed to sunlight, water, and carbon dioxide. Through cellular respiration, plants ingest these nutrients and start the conversion process known as photosynthesis. Sunlight becomes trapped inside the pores of leaves and stems, and water is absorbed through a plant’s roots. Water is, of course, a combination of hydrogen and oxygen, and while oxygen is released through the same pores that ingest carbon dioxide, the carbon dioxide and hydrogen remain in the plants to form glucose which will fuel the plants’ growth process.

You may also remember the term ‘chloroplasts’ which are tiny structures inside plant cells that contain chlorophyll, the chemical that’s responsible for producing the green color that’s visible on the leaves of plants. In the summer, you can visibly see plants growing: they get taller, produce new flowers and buds, and have leaves and petals that are bright in color. However, these characteristics stand true only if gardeners provide ample water, supply nutritious soil, plant them in an area with adequate sunlight, and tend to the plot.

For perennials that have already spent a year or two in the ground, during late fall or early winter, the chlorophyll present in the plants’ leaves moves from the leaves into the stem and root system. Plants know that when the ground gets cold enough (40 – 50 degrees F) and there’s more darkness than sunlight that they need to start using that conserved energy to survive freezing ground temperatures. This movement of chlorophyll is present to the human eye when leaves change color from green to the beautiful reds, yellows, oranges, and browns that we see in the fall.

Now, this makes sense when talking about deciduous trees, but what happens to the flowering plants that decorate your backyard? You will notice (quite soon, if not already) that the flowers, leaves, and stalks of your perennials will shrivel up, lose their colors, and die off. Perennial bushes and trees will drop their leaves, but the woody stalks and branches will remain.

These woody parts can survive the cold and the underground roots and bulbs will stay alive, but the leaves dropping is a result of the nutrients in the plant moving from the leaves to be stored in the stem and roots. When there is no nutrition present, the leaves become weaker and easier to detach from the branch.

Winter in the northern hemisphere is often characterized by short days, cold temperatures above and below ground, precipitation in all forms, and overcast skies. During this time, as humans stay indoors, their plants’ roots and underground structures use all of the energy they stored during the summer to survive the cold months.

Winter is very important for the survival of plants in the spring. As a matter of fact, some plants need to be planted in the ground during the fall to bloom well in the spring. Bulbs like Daffodils, Freesias, Hyacinths, and Tulips should be planted in the fall because they need time in the cold ground to break their own dormancy period. Bulbs are dormant when they arrive to gardeners in the mail or when purchased at a store, and differ from pre-potted plants because they are easier to grow in all soil conditions, will have stronger and more developed root systems, and are more likely to survive than plants that have to be transplanted from a pot.

Now, it’s hard to understand how a live plant can go from alive growing to dormant and then back to thriving in the spring, but that’s really the beauty of planting perennials. The funny thing is, snow – a huge characteristic of winter in the Northern half of the United States – doesn’t harm plants. In fact, a layer of snow is beneficial to plants! According to Brooklyn Botanic Garden, snow cover provides insulation to plants and “creates pockets of trapped air that hold in heat. When deep enough, snow can prevent soil from freezing and damaging roots”. Mature trees can even grow new roots in dormancy while losing leaves and pines.

By winter, deciduous trees lose all of their leaves and coniferous trees drop some pines. Heavy snowfall can weigh on the bare branches of deciduous trees and cause portions to snap, while coniferous trees are self-trained to catch snow and create a barrier that new snow will slide off of – and there is really nothing more beautiful in the winter than a pine tree cloaked in white snow.

Not only does snow cover insulate soil to prevent the deeper layers underneath from freezing, but snow also retains the moisture present in the soil, protects dormant plants from strong winds, and prevents heaving caused by fluctuating temperatures that can cause roots to break.

Snowflakes are tiny molecules of ice with tiny pockets of air trapped inside. As these flakes fall and pile up, more and more air is put onto the ground. As the snow melts, it slowly releases moisture, air, and sulfur and nitrogen compounds (that cling to the snow crystals as they fall from the sky) into the soil. So, snow acts as a free plant fertilizer! Crazy, right.

Plants are extremely sophisticated beings. They are structurally smart and can sense their environments changing, and those changes signal to them to start hibernation or to start growing again. If you live in the Northern United States, you know that spring can come at different times of the year. It seems that winter has become erratic over the years, and now, we can experience snow or frost as late as early April. But when plants experience a number of warm days, they are prompted to start growing again.

An issue that arises, however, is the fact that climate change has caused the frequency of late frosts to spike. So, temperatures can warm to the point where buds begin to appear on trees, but a late frost can come through and kill that progress. Nevertheless, as the days become longer and temperatures increase, not only do humans start to feel better but so do our plants.

Humans can hang out inside and wild animals hibernate, but plants have nowhere to go in the cold months. It’s nice to know that they’re fully equipped to withstand (almost) anything that winter throws at them, and we hope that you have a newfound respect for plants after reading this article. There are plenty of biological processes that occur within plants that we can’t see, but there are also a lot of ways to help prepare your lawn and garden for the impending transition.

If you haven’t already, check out our ‘How to Transition Your Lawn from Summer to Fall’ to learn how to care for your grass now before it goes dormant. And, as winter approaches, there has never been a better time to prepare for the coming snow. 100% Made in the USA Bully Tools has the best snow and ice removal products on the market, from ice and sidewalk scrapers to snow scoops and shovels – all of which are incredibly affordable and tough enough to last you many winters to come. 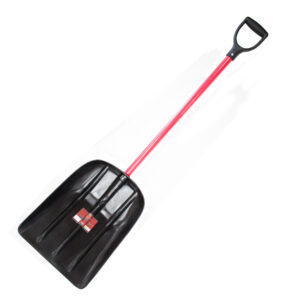 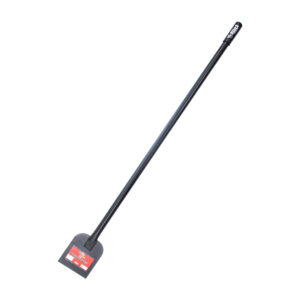 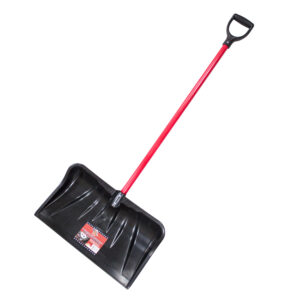